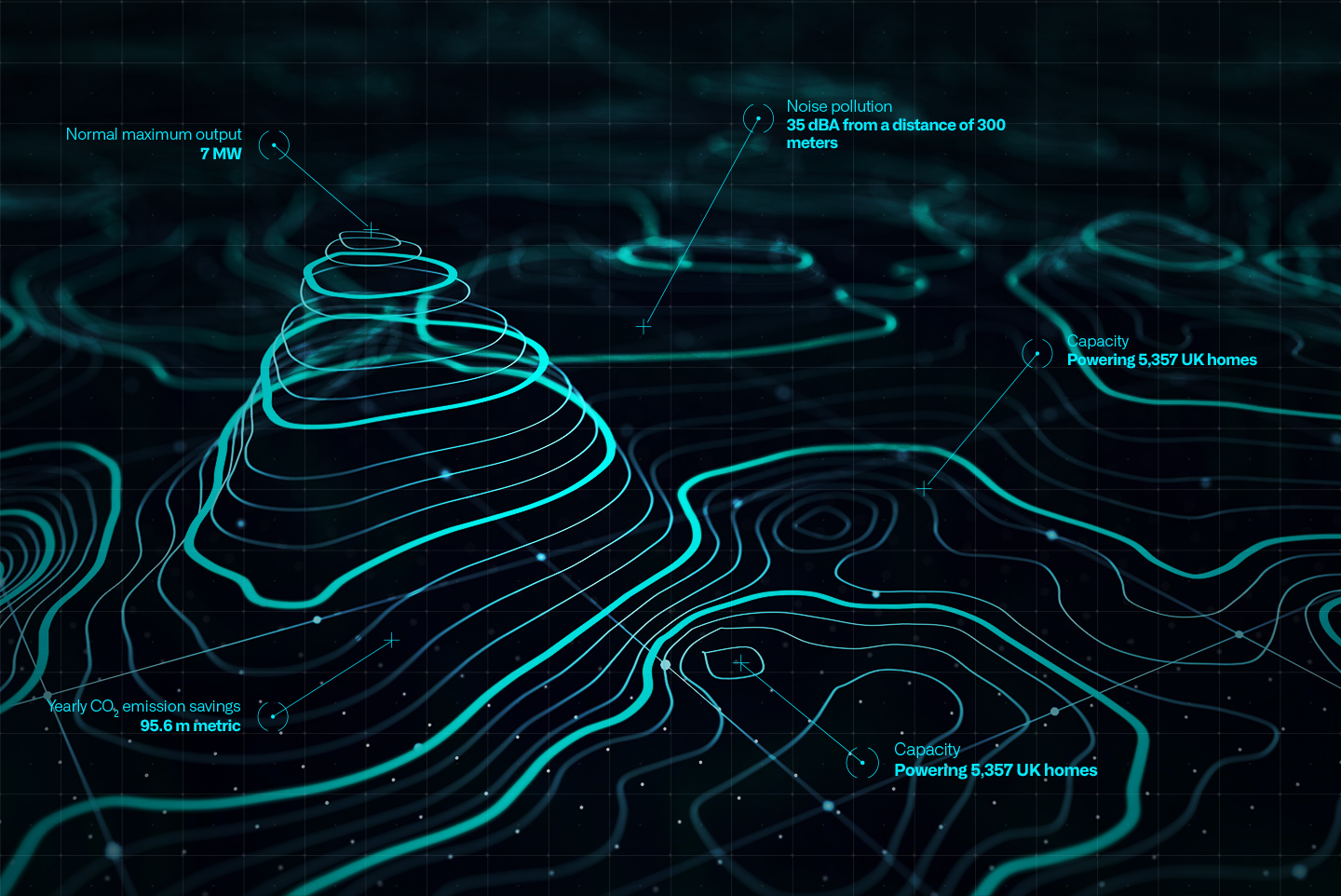 “While biotech, robotics, and automation tech has addressed the immediate challenge of the pandemic, AI is the field most likely to solve the problem of problem-solving, and enable more decisive and informed action.” Red Herring delivers a comprehensive review of how SparkBeyond tackled the pandemic, and how AI-driven problem solving technologies can help shape our future for the better.

The COVID-19 pandemic has forced the world to confront harsh realities. First, our ultra-high-tech existence can be brought to its knees by even a modest display of nature’s destructive power. Second, the decision-making abilities of those in power are woefully lacking on both a local and global scale. If we are to address either one of these issues, it’s clear the development of artificial intelligence will be at the forefront of the conversation.

When the dust settles on the worst pandemic in living history, many of the failures will be found in the decisions made by those in power. Even non-politically affiliated organizations such as the World Health Organization changed course, delivered muddled messaging, and failed to inspire the confidence needed to guide countries through the mountainous challenges they faced. Despite having the technological ability to interpret masses of data, conclusions were either ignored or wrong, and incorrect decisions were taken at almost every turn. While biotech, robotics, and automation tech has addressed the immediate challenge of the pandemic, artificial intelligence is the field most likely to solve the problem of problem solving, and enable more decisive and informed action.

For some artificial intelligence companies the pandemic has become something of a proving ground for the power of their products. One company which charged into the fray and enjoyed positive results was SparkBeyond, an Israel and New York-based startup with offices all over the world. The company’s origins trace back to 2013, when CEO and co-founder Sagie Davidovich and others built a prototype. “In 2013 we started this journey way before it was a company, basically building a hypothesis engine, a machine that can be curious, can ask questions, can test hypotheses and theories on data, can prove and refute them, can connect the dots and articulate those ideas in plain English, natural language,” explains Davidovich on a Zoom call. That year the company developed its core product, the Discovery Platform.

How it all started...

An early Eureka moment arrived when the team realized they could crawl the web for code — in the same way Google crawls the web for text — and construct a gigantic library of functions. If one function could compute the distance between two geocoordinates, another could explore the immediate surroundings of the buildings, and a final one could calculate the angle of the sun during a certain time of day in a specific location, these could be put to work together to discover solutions for energy efficient buildings. This opened the nascent SparkBeyond team’s eyes to the possibilities of the product they were building. “If you think metaphorically. Apples have been falling from trees for tens of billions of years, but only at some point in time, someone asked the question, can I describe this accelerating motion with a rather simple equation? And the question is, why did it take so long?” says Davidovich.

When the early prototype started winning competitions, including one run by McKinsey, the team took the plunge, quit their jobs, and started the company. They knew one of the main advantages of the machine was to fight the problem of human cognitive bias, allowing people to go beyond the limits of their own ideas. In 2014, they attacked another frontier – helping people achieve insights beyond what their data is telling them. The company asked if their machine could go between different data sets and discover multi-disciplinary patterns that are otherwise impossible to pick up on. After three years, the answer was a resounding yes, as the Knowledge Platform was developed.

SparkBeyond is able to take a huge data set, and ask millions of questions about that data – questions which humans would never think to ask – and come up with solutions, predictions, and models based on the answers. It’s an outstanding and far-reaching achievement, one which instantly had obvious utility in business, where the kind of insight SparkBeyond offers can be worth billions of dollars. But Davidovich and his company have sought to tackle problems much larger than those of individual companies at the same time. The assertion of technology companies that they seek to change the world has been parodied countless times in the past, but in SparkBeyond’s case, there is a genuine belief that they can do just that.

When the pandemic hit, an opportunity presented itself. SparkBeyond’s hypothesis engine was able to take reams of data gathered by governments and prove and disprove thousands of hypotheses, providing real solutions to lower infection rates. In Italy, the company’s analysis of the data showed that there were higher rates of infections in certain areas, including drinking fountains in parks, gas stations, railway stations and tourist hotspots. One of the major insights was that the A1 highway, which runs from Milan to Naples through the middle of the country, was a particularly focused area for infections, just before the lockdown was implemented.

Argentina was another country which turned to SparkBeyond for Covid-19 intelligence. The technology was put to use in this case in helping decide how citizens can return to work and minimize the devastating effect lockdowns have on the economy. And these were not the only countries where the company was able to help – solutions were also provided for Singapore and Israel.

“The effect was that we got calls from governments around the world saying, can you help us?” says David Levin, Chairman of SparkBeyond. “That was obviously gratifying and galvanizing for the team, but these things are only as good as your impact. SparkBeyond is unusual because it’s very much designed around these massive challenges where people are super energized to make a difference.”

Focus on the Social Good

Covid-19 is not the only global problem the company is attempting to help solve. SparkBeyond has also deployed its powers to tackle climate change issues. This has been done with a three-pronged approach. The company has worked with academics and leading researchers and also competes to receive grants. As part of its commercial relationships, it also helps global manufacturers address their impact on the environment. For example, SparkBeyond is currently working with a large food and beverage manufacturer to decarbonise their production chain. And lastly the company is also involved in pro-bono activity. This includes working with academics, NGOs and other entities on a project-by-project basis.

The social focus at the center of the company comes from the founders. A short conversation with Davidovich shows his passion for setting his product to tackle the gigantic issues that could decide the fate of the species. It seems the bigger the problem, the better.

In order to be useful on a global scale SparkBeyond has had to tackle the internal struggles of any artificial intelligence product – how to avoid instilling human-like bias within a machine.

“It’s not really possible to completely eliminate bias,” explains Davidovich. “There are so many hundreds of types of biases out there. And sometimes they are trading, you can actually remove one bias and you introduce another one. But there are some principles that help control for this.”

The first way to avoid bias, according to Davidovich, is to make sure your machine has a “broad aperture”, meaning it is not focused on one thing. The more data points which are brought in, the lower the likelihood of bias, as choosing not to select some data and select others is a surefire way to ensure bias. The CEO also says identifying sources of bias and removing choice in the entire process, not just the technology, are also important steps.

With cognitive bias now affecting the world in very real and terrifying ways, it may come to the point where any help to remove that bias is vital. “We have no other choice because we’ve seen for several years, and particularly during the pandemic, when different countries make decisions that have had massive implications in terms of lives of people, they are not based on data and based on sometimes very explicit biases,” Davidovich says.

When most CEOs talk about the future of their company and product, the conversation involves financial projections, expansion plans, and growth strategies. While Davidovich and SparkBeyond suggest the company is indeed hurtling down a path of rapid growth, when the co-founder talks of the future of AI, he’s a lot more expansive and ambitious, going as far as to say AI should now transform democracy.

“Evidence based policy making could be the next generation of democracy,” he asserts. Davidovich talks of a system where the general public would not have to elect someone who would be a proxy of their views, where there is no chance you would agree fully with what they believe and do. Instead he thinks a system where “values of fairness, of transparency, maximizing happiness and optimizing for the Maslov hierarchy of needs” is embedded into it. “It could be a very interesting alternative to explore which decades ago we simply did not have the means to do.”

Perhaps the idea of artificial intelligence rescuing our democracy is a little far off, but it’s easy to see why Davidovich and SparkBeyond could get carried away. Their product is fascinatingly broad in its utility and the results it has already achieved are hugely impressive. The world will be waiting to see what problems they choose to solve next.